A view of Broadwoodwidger

The village and the origins of the name

Broadwoodwidger (“BWW”) is a village in the civil Parish of Torridge District, Devon, England. The village lies north of the A30, 8 miles east of Launceston, and 13 miles west of Okehampton.

In 1974, BWW was transferred from Holsworthy Rural District into the Torridge District Council area, where it remains to date.

From 1894 until 1966, BWW was a Rural district of the same name, also known as Bradwood Widger. White’s directory of 1850 records Broadwood Wiger as a village of old cob buildings, 6 miles N.E of Launceston. The Parish then contained 923 souls and 8780 acres of land, including 1500 acres of common, 140 acres of wood, and 100 acres of orchards.

The name derives from the ‘broad wood’ of the Wyger family, and is first documented as Brod(e) wode Wyger in 1306, when the Manor passed from the Vypund family (pre 1273). It was earlier simply known as Broad Wood.

The village is recorded in the Domesday Book of 1086 as BRADEWODE, and had also alternative names recorded as Bradeoda, Bradewoda, and Bradewode, due to the accent of the spoken word, and the interpretation of the recorder, as many inhabitants could not read or write in those times. 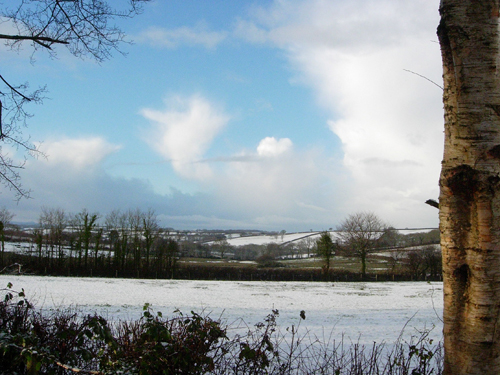 Principal Landowners and Estates of the past

19th century Directories list the principal estates in the Parish as being Norden Bason (sometimes Norton Bason), More Malherbe (sometimes Moor Malherbe), Upcott, and Downicary (sometimes Deanacary). Landowners include Lord Clinton, Sir William Molesworth and the Rev. C.T.C.Luxmoore, who was also the lay impropriator (i.e. entitled to the tithes).  Further details, from auction records, of what these various estates comprised of can be found on the above-named page.

In recent decades, the Parish has been transformed by the creation of Roadford Lake and the construction of the new A30, which provides excellent access north and south.

Various members of the Society are currently looking into particular aspects of life in the Parish in the past – these include schools, sports, inns, occupations, railways, particular properties, the First World War, St Nicholas Church and its graveyard etc – and the fruits of their research will be recorded in due course on this website. 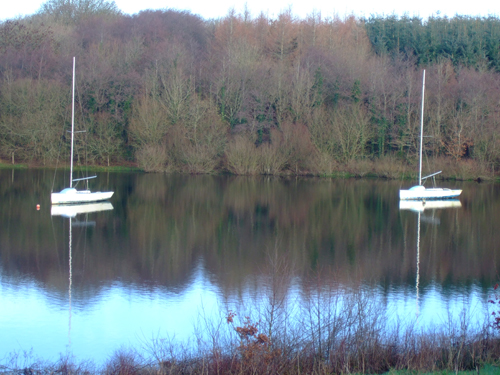