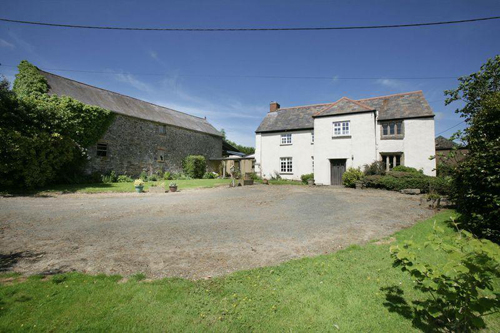 Upcott Barton in the 21st century

Marion Kneebone of the Lifton Local History Society has kindly allowed me to have sight of a very thorough History of Upcott, prepared by the late Eric Jones. This traces the Lords of the Manor of Upcott from the late fourteenth century, when it was bequeathed to the well-known Tremayne family by Sir John Damerell.

The name of Tremayne is well known in both Devon and Cornwall. There were Tremaynes of Heligan, Sydenham, Carclew and Morval, all of whom derive from a common ancestor, one John de Tremaen, who married the daughter of Peter Antron, sometime in the early years of the thirteenth century. The property Tremayne is situated on the banks of the Helford esuary in the Parish of St Martin-in-Meneage, Cornwall. It was one Thomas Tremayne, who, in the mid-fourteenth century, married Isabella, the daughter and sole heiress of Trenchard of Collacombe, in Lamerton, Devon, and left the family estate in Cornwall to live at Collacombe. After his death, though, Isabella remarried Sir John Damerell, who was Sheriff of Devon in 1377, and having no heirs himself, he left on his death in 1392 his vast estates, which included Sydenham Damerell, Milton Damerell and Upcott, to Nicholas Tremayne, Isabella’s son from her marriage to Thomas.

The manner in which the title of Lord of the Manor of Upcott devolved over the next five centuries is summarised in the following table, but, as can be seen from the column ‘Principal Residence’, few of the Lords of the Manor actually resided at Upcott, which will have been occupied by siblings or younger sons or let out. 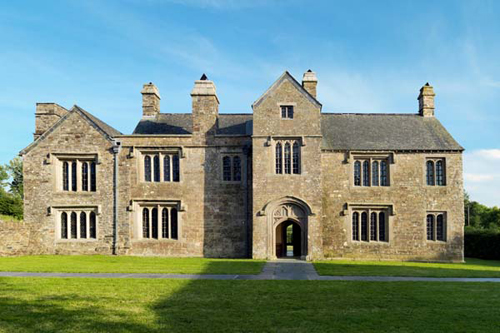 In the main, the title was entailed, meaning that it passed to the eldest surviving son. However, John Tremayne (d.1504) decided to separate out Upcott from Collacombe and left it to his third son, Richard.

William Tremayne (d.1576) only had two daughters and so the title then passed to his eldest daughter, Elizabeth, who married John Dinham (d.1628) of Wortham. Thus, the title passed out of the Tremayne family and Elizabeth’s second son, also called John Dinham, inherited on her death in 1627, for her first son, Arthur, had predeceased her. Arthur, who died in 1624, Elizabeth and her husband, who died in 1628 are all buried at St Nicholas Church and Eric Jones commented, “There is little doubt that the early seventeenth century effigy in armour, wearing a helmet and a cuirass with tassets, is part of a memorial to John Dinham”.

Elizabeth’s son, John, married Margaret Harris, a daughter of Arthur Harris of Hayne, Stowford, but died without issue and was buried at St Mary’s, Lifton. The title then vested in Mary Hex, the daughter of his sister, Margaret, who had married John Hex of Altarnun. Mary, who had inherited all the Dinham wealth and might possibly be the heiress of further significant estates, was unmarried and John Dinham’s widow and sole executrix was determined to ensure that that husband was a member of the Harris family. However, it proved surprisingly difficult, particularly as John Harris of Hayne, her brother, was childless and the younger son of her brother, William Harris of Kenegie, who was also called William, declined. It is this son who is known as ‘Wild Harris of Kenegie’, the subject of a well-known Cornish ghost tale. ‘Wild Harris’ was renowned for his hunting, gambling and womanising exploits but turned down the chance of marrying an up country heiress (i.e. Mary Hex), as he was in love with a poor kinswoman. However, it did not work out well for him, as his kinswoman was found drowned and he subsequently died from a fall from his horse, who was frightened by the apparition of a white hare, believed to be the spirit of his departed love. He then plagued Kenegie as a ghost (alongside a wicked old housekeeper, who had told tales to his father about his activities).

In the end, Mary Hex, who had no say in the matter herself, was married to John Harris, the son of Margaret Harris’ brother, Thomas, of St Michael’s Mount. In addition to Wortham and Upcott, John Harris now also owned the manors of Godrevy, Gurlyn and Tregander and, from 1666, Georgeham, Croyde, which included Pickwell Manor, to which he moved. His second son, John, inherited on his death, as his eldest son, William, predeceased him, and then on his death in 1727, the estates passed to his grandson, also called John (1703-1768), as his eldest son, William, had predeceaed him. This John Harris was M.P. for Barnstaple and, although he had three sons, they all died in infancy, and so the estates passed to his daughter, Honour (b.1735), who never married. She snubbed the rest of the Harris family on her death in 1790 by leaving the estates to her friend, Maria Harrup, who married firstly John Middleditch (d.1799) and then Colonel Mackenzie. Having sold off Wortham and Pickwell in 1806, she died at Upcott in 1827.

Details of the occupation of Upcott Barton in the nineteenth century can be found on the page ‘Principal Landowners and Estates of the Past’, as also can the folk tales relating to the murder of Shilston Upcott, a rapacious occupier of Upcott Barton, who is not dealt with at all in Eric Jones’ account. It would appear from Jones’ analysis that he was a tenant. 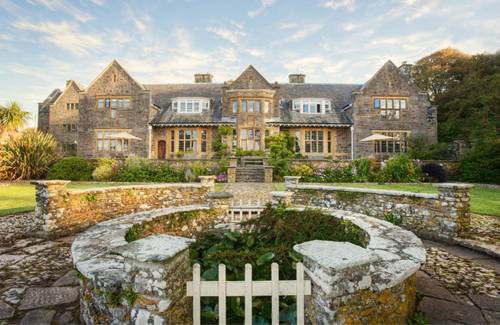 Pickwell Manor in the 21st century

Jones merely states, “The older part of the house is Jacobean at the latest, with many remnants of an earlier Tudor building. Its name suggests Saxon origins”.

The Tremayne / Carthew panel from a painted window

Of particular interest in the house is a panel of a painted window, dated to about 1460, with armorial bearings, showing Tremayne impaling Carthew, for Thomas Tremayne (d.1482) had married Elizabeth Carthew, daughter of Nicholas Carthew of Canaliggy. This is thought to match the date when Upcott was rebuilt, but, at much the same time, it is thought that Thomas will have been a major contributor to the construction of the south aisle of St Nicholas Church, Broadwoodwidger. Given that all the other windows from the fifteenth century rebuild at Upcott have long since gone, Eric Jones wondered whether this panel had originally been included in the south aisle of the church but had been removed from the church during the Puritan period and installed in Upcott then. 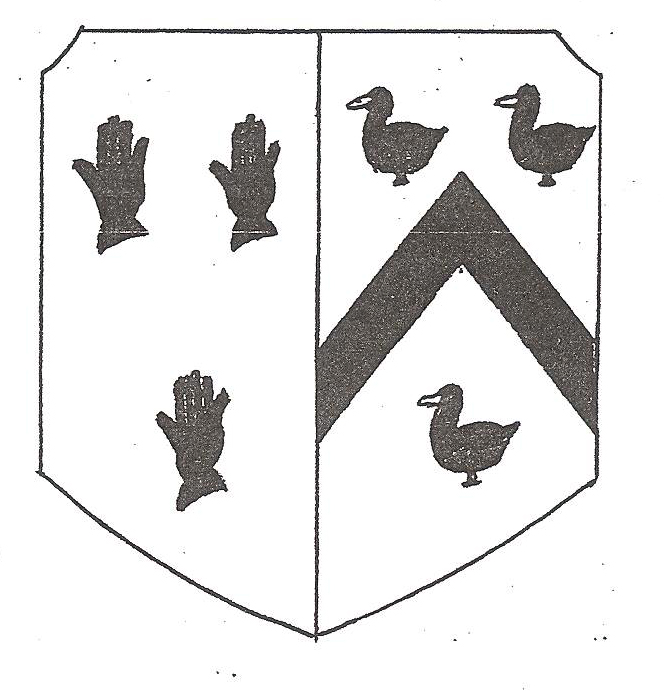 The coat of arms of Thomas Tremayne of Collacombe (Eric Jones)