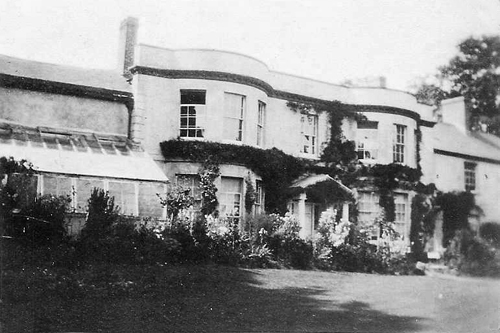 The Rev Ponsford Cann was curate and vicar of Broadwoodwidger for 44 years and was also responsible for arranging for the restoration of St Nicholas Church in 1871. He combined these duties with being Vicar of Virginstow for 33 years, where he also oversaw the refurbishment of the church, and with being curate for some years at Germansweek. His son, John, was also a curate at Broadwoodwidger for a few years.

Ponsford Cann was born on 3rd December 1803 in Spreyton, Devon. His parents, who reputedly had eleven children, were Captain John Cann (1774-1819) and Rebecca Moore (1766-1846). The family home was Fuidge Manor, Spreyton – there is a vague reference to his family being a well-known Exeter one with banking connections. Ponsford, whose father died when he was just 16, was educated at Pembroke College, Cambridge (1822) and was ordained priest in September 1830. He married a Lifton girl, Joanna Letitia Martyn (1805-1886), at Tavistock in January 1839. They initially settled in Stowford and their three children were born there – Dr Thomas Martyn Cann (1840-1906), Mary Letitia Cann (1843-1870) and the Rev John Ponsford Cann (1845-1922).

At the time of his death in 1876, it was stated that he had been involved with the church at Broadwoodwidger for 44 years and, as Richard Blagden had taken over as vicar in 1873, this indicates that Ponsford had been curate at Broadwoodwidger from the outset of his career as a priest. Indeed, he indicated in 1860 that when he first arrived, he was “only in Deacon’s orders”. Given that the then vicar, John Braddon (c.1755-1842), who lived at Easington, Stowford, was aged and had been both the Rector of Werrington (under the patronage of the Duke of Northumberland) and the vicar of Broadwoodwidger and Germansweek since 1777, it is likely that Ponsford will have played a major role in the parish from the beginning. Certainly, I have found little reference to Braddon in the papers either with reference to Werrington or to Broadwoodwidger, despite him holding these positions for 55 years. He had married Mary Ann Smith, some fifteen years his junior, in St Paul, Covent Garden on 8th September 1788, and they were married for 54 years but do not appear to have had any children.

It was in 1834 that the churchwardens at Broadwoodwidger felt sufficiently aggrieved about the lack of the provision of a vicarage in the village to write to the Dean and Chapter of Bristol requesting that either the old Parsonage building be restored or a new vicarage be built, for they felt that the current arrangement whereby their clergy were forced to live in their private homes some miles away was unsatisfactory. This probably indicates some dissatisfaction with Braddon, as opposed to Cann, and may even have been an attempt to get Cann a decent living for which he could apply. However, in the astonishing response they got (see Broadwoodwidger in the News – 19th century), which was widely published in newspapers across the land, the Church ignored the fact that they had a duty to repair The Parsonage and laid the blame at the feet of the Rev C T C Luxmoore, the lay impropriator (i.e. the tithe holder), arguing that it was the equitable duty of the tithe holder to provide a home for the vicar. It was to be another 44 years before a new vicarage was built.

In January 1842, Ponsford Cann was appointed vicar of Virginstow, no doubt to the regret of the parishioners of Broadwoodwidger, but later in the year, after Braddon’s death on 5th March, he was also granted the perpetual curacy of both Broadwoodwidger (referred to as “Broadwood-wigger”) and the chapel at Germansweek (referred to as “Week’s St German”). Given that there was no vicarage at Broadwoodwidger, he made his home at Virginstow, living in the small rectory there, before building himself a bigger one.

In 1851-2, he organised the refurbishment of the church at Virginstow, which was re-consecrated in June 1852. 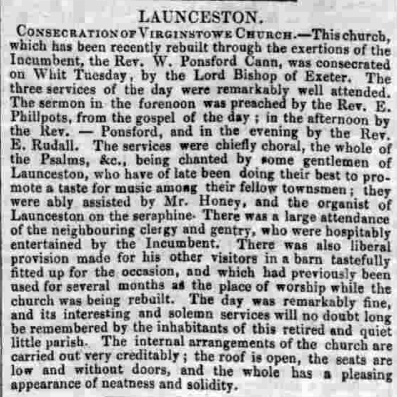 However, Cann did not ignore his duties at Broadwoodwidger, for, in April 1860, he was presented by Mr Bray of Kitcham on behalf of the parishioners of Broadwoodwidger, with “a very elegant time piece…as a tribute of respect.” (see below). This marble encased gift even got a mention in the Illustrated London News.

On 4th October 1865, his daughter married John Leach, a solicitor of Martock, Somerset, who had been widowed after marrying Ponsford Cann’s niece in 1862. At the wedding party, the hand bells of Broadwood were among the entertainments. Sadly, though, John Leach was widowed again, when Ponsford Cann’s daughter died in 1870, aged only 27.

Ponsford Cann’s responsibility for the chapel at Germansweek appears to have ended during the mid-1840s, when the Rev Charles Carpenter was appointed curate. When he died suddenly in January 1869, a vacancy was advertised, presumably with Ponsford Cann’s approval, combining once again the positions at Broadwoodwidger and Germansweek, but, as the living was just £148 with no house, it does not appear to have attracted anyone. Accordingly, in 1870, Ponsford’s son, John, who had studied at St John’s College, Cambridge (1864-8) and been ordained a deacon in 1868, was appointed a curate both at Broadwoodwidger and at Germansweek to help out his father.

As the Rev Carpenter’s eldest daughter, Rosalie, had recently married Charles Luxmoore of Witherdon, one of the wealthiest landowners in the district, the Luxmoores, perhaps as a tribute to the Rev Carpenter, arranged for the chapel at Germansweek to be fully restored in the early 1870s. Indeed, when their son came to be baptised there in 1872, the chapel was roofless. 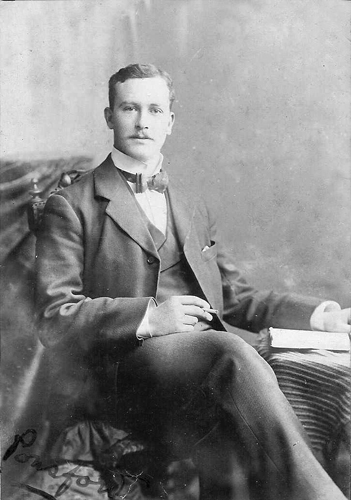 Whether due to absolute necessity, local rivalry, as a tribute to his daughter or due to the energy of his son, Ponsford managed in 1870-1 to raise sufficient funds for a much-needed refurbishment of the church at Broadwoodwidger and the church was re-opened in August 1871 (see St Nicholas Church page).

Ponsford’s ministry at Broadwoodwidger came to an end when Richard Blagden was appointed vicar there in 1873. At that time, Ponsford’s son, John, who had been ordained a priest in 1872, was made vicar of Davidstow, where he also soon supervised refurbishment work.

Ponsford retired as vicar of Virginstow in 1875 and died on 28th April 1876. His long years of devoted service to both the rich and poor of his parishes was much appreciated.

An account of one of Ponsford Cann’s last Harvest festivals – Western Times, 24/9/1872